I wrote a while back about what J.R.R. Tolken termed the “eucatastrophe”- the point of the story where all hope is lost, then, a “sudden joyous turn” comes about to bring hope to the hopeless. When I was writing these words, my wife and I were experiencing a season of secondary infertility to the point where we were losing hope. Our lives had been blessed so greatly by our first son, and we wanted desperately to grow our family.

However what we got was two miscarriages and and month after month of negative pregnancy tests. We both went to the doctor and came back with healthy reports – but no baby.

And, we prayed a lot. We had our families pray. Our closest friends petitioned on our behalf. Still, nothing but frustration and an increasing gloom that our childbearing years might be over. It really made no sense.

We felt like we were praying all the right prayers and doing what we had to do – but all we got back was silence from God.

But, there was a small slice of this story I didn’t really share as the months wore on. As I would watch my wife deal with the monthly disappointments of not getting pregnant, I would get increasingly upset and even angry with God. I didn’t really want to admit it to anyone, but I felt like God was giving us a raw deal.

And, it came to a head really soon after we moved into our new house in Fort Worth. We had yet another month of being disappointed. I remember getting a call from my wife letting me know she wasn’t pregnant. After I hung up the phone, I remember walking into our bedroom, pointing at the sky and telling God exactly what I thought about him and how upset I was at him for making my wife go through this. To be honest, I don’t remember a ton about what I said, but I know it wasn’t really pretty and it probably wasn’t very respectful. 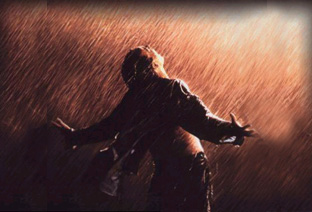 I had reached a point where my inner frustration needed to equalize with my voice. God needed to know exactly what I thought of his (perceived) lack of response to our prayers. I wanted him to know I thought he was being unfair.

Now, whatever you might believe about the theology of this moment needs to be put aside.

I was pissed. Good theology hides in the shadows in those moments.

Yet as messy as this moment might have been, I learned a few things:

The nation of Israel in our readings this week had a question with a similar heart behind it:

They were angry and even accusatory before God. Yet, God heard them and led them to change who they were.

So, if you are experiencing a silence from God, it is okay to wait in quiet as well. But, I would also say it is okay to speak honestly.

He is waiting to hear from you.