….so stick with me until the end here.

Holy Week can be a tough week. It makes us deal with all of the things we are uncomfortable dealing with.

It is so easy in our technological and face paced world to skim over the atrocities in the world. I turn the channel or scroll quickly by and don’t have to be bothered by the realities of sin and evil.

And the death we see pictured here is the cruelest kind.

We see a man who is in anguish knowing what is about to come.

We see his friends reject him and walk away.

We see the crowds quickly turn from “Hosanna!” to “Crucify him!”

We see all of the cruelty of human kind played out in mockery, beatings, and in agonizing death.

These are not the things I like to think about. Even as I write them I question whether I should post them, because it is not the kind of thing I like to read on a blog.

But this week we come face to face with it. Holy Week doesn’t just mention these things in passing. Holy week makes you sit and stare. 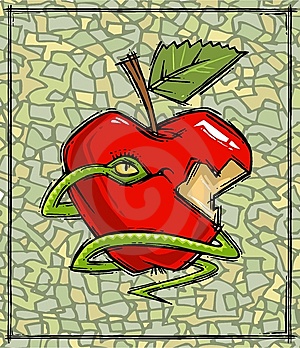 This is what the Christian tradition calls sin.

We often think about sin in terms of rules which have been broken.

But this view of sin is much too small.

Sin is a force and a power which touches every single thing in the universe. Nothing has escaped the grasp of sin. Nothing is as it supposed to be.

There is real evil in the world and this evil goes much deeper than the sum total of all my little mistakes during the day.

There is horrific violence in the world and starving children and cancer and hate. All of the forces which fight against life and flourishing are captured in this often misused word: sin.

The world is not as it should be because there is sin.

So as we read the story of Jesus, we are seeing what happens when sin runs its course. All of the awfulness of human evil is concentrated in one place and we have to sit back and watch it happen.

But I think this is a healthy practice.

If we limit the cross to Jesus looking at my mistakes and deciding to overlook them, we rob the cross of its power.

But if we discipline ourselves to really take a long look at the world and the evil and sin and awfulness in the world, we actually begin to open ourselves up to the amazing reality of the cross.

The gravity of contemplating the evil of the world helps us see the gravity of what is going on in these stories of Jesus going to the cross.

The stories we read this week are what happens when those atrocities come into a head on collision with the God who is love.

If sin and evil are not unbelievably awful, then the cross is just a nice sentiment.

If sin is horrific and devastating, then what happens at the cross is absolutely stunning. It is an earth shattering, beautiful, unimaginable, perfect act of love and hope and grace.

As bad as sin is…..it turns out love is greater.

Sin has real results and real effects, but these results and effects are no match for the power and love of God found in Christ.

There is an answer for sin.

The grotesque shadow plaguing the earth is not the last word.

The cross shows us love’s ability to obliterate all of the power sin has over the world.

It is a force which cannot and will not be stopped because the universe is hand-made by someone who would rather die than allow this destruction to go on.

For every horrific act committed in the history of the world, God is at work to rectify, reconcile, redeem, restore, and recreate reality to reflect the love and goodness and mercy of the one who hung on the cross but could not be contained by death and evil.

And that is unbelievably good news.

We need a thicker and deeper view of sin so we can begin to appreciate the power of the resurrection. God has a better plan for creation and the ways of sin have had their day and are now passing away.

The discipline of Holy Week is taking a longer look at the devastation of sin so we can then be wrapped up in the unbelievable goodness and mercy of Sunday.

One thought on “The Post I Didn’t Want to Write”