Jesus tells a story about 2 brothers. You likely know it well.

The first brother runs away trying to find a life outside the confines of his home. Asking for his inheritance early (and essentially choosing cash over his father) he sets off on his own. And this works great for a time — parties, friends, revelry and fun. Of course, then the money runs out and his friends abandon him. Then famously sitting in a pig sty, he daydreams of making his way back to his father’s house. He imagines saying to his dad:

But he never gets those words out when he returns home. His father has already welcomed him back as a son and begun a party in his honor.

His brother took a different path. While his brother bailed, he stayed and worked. He stayed by his father’s side. And when he hears the party going as he’s coming in from the fields, he’s a little ticked. He doesn’t join. And his explanation to his father is telling:

‘Look! All these years I’ve been slaving for you and never disobeyed your orders. Yet you never gave me even a young goat so I could celebrate with my friends. (Luke 15:29)

Once again the father offers a course correction, replying:

Two brothers both believing stories about themselves. One had messed up horribly and no longer thought himself worthy, hoping for a hand back up the ladder to possible be a lowly servant. The other believing that he had earned his own status and was deserving of so much more. And a father helping them see through the lies and understand the reality of their position.

One of the hardest things in life is to believe what God says about us rather than holding on to our own narratives.

When Jesus says “Blessed are the pure in heart, for they will see God,” he’s describing what happens when we drop our own narratives. When we believe the story God tells about us, we have the ability to see God for who he really is. And we can better understand who we are. 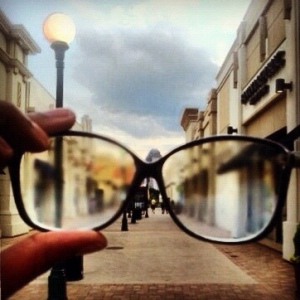 Being pure in heart is always about returning to the center of who we are, the authentic nature of who we were created to be. And we are all children. All loved. Cared for and longed after.

Both rebellion and religion can obscure that story.

So may you eschew all the counter-narratives and see yourself with the eyes of God. May you understand that you are beloved child. No amount of rebellion can change that. No amount of service can earn it. It’s simply the basic reality of your existence.

May that fact help you see your life more clearly. And may you be blessed to see God in everything and in everyone.